Cellist and Composer Joan Jeanrenaud has been involved in music for over 40 years. Growing up in Memphis, Tennessee she was exposed to the sounds of the blues, Elvis, soul and classical music. She learned to play her instrument from cellists Peter Spurbeck, Fritz Magg and Pierre Fournier, studied jazz with David Baker, Hal Stein, and Joe Henderson, worked with the Kronos Quartet as cellist for 20 years and now for the past 13 years has been involved with solo and collaborative projects in composition, improvisation, electronics, and multi-disciplinary performance. She has completed more than 50 compositions for cello and small ensembles many of these multimedia works. Recent projects include her installation work ARIA with collaborator Alessandro Moruzzi, which premiered at San Francisco’s Yerba Buena Center for the Arts, and the composition and performance of ODD with choreographer Shinichi Iova-Koga and the AXIS dance company. Her CD, Strange Toys, released on the Talking House label in 2008 was nominated for a Grammy and her most recent release, Pop-Pop, appears on her new record label Deconet Records. For more information, visit deconetrecords.com and jjcello.org. 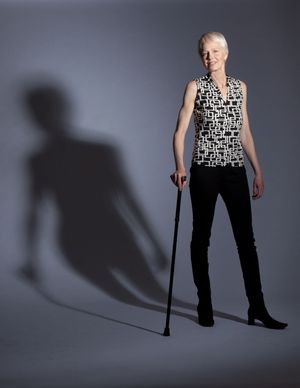